Lumber (American English; used only in North America), or timber (used in the rest of the English speaking world) is wood that has been processed into beams and planks, a stage in the process of wood production. Lumber may also refer to currently un-needed furniture, as in Lumber room, or an awkward gait, ultimately derived from the look of unfashionable and unwanted furniture.

Enquiry about Timber or Lumber 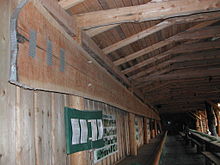 Individual pieces of lumber exhibit a wide range in quality and appearance with respect to knots, slope of grain, shakes and other natural characteristics. Therefore, they vary considerably in strength, utility, and value.

The move to set national standards for lumber in the United States began with publication of the American Lumber Standard in 1924, which set specifications for lumber dimensions, grade, and moisture content; it also developed inspection and accreditation programs. These standards have changed over the years to meet the changing needs of manufacturers and distributors, with the goal of keeping lumber competitive with other construction products. Current standards are set by the American Lumber Standard Committee, appointed by the U.S. Secretary of Commerce.

Design values for most species and grades of visually graded structural products are determined in accordance with ASTM standards, which consider the effect of strength reducing characteristics, load duration, safety and other influencing factors. The applicable standards are based on results of tests conducted in cooperation with the USDA Forest Products Laboratory. Design Values for Wood Construction, which is a supplement to the ANSI/AF&PA National Design Specification® for Wood Construction, provides these lumber design values, which are recognized by the model building codes.

Canada has grading rules that maintain a standard among mills manufacturing similar woods to assure customers of uniform quality. Grades standardize the quality of lumber at different levels and are based on moisture content, size, and manufacture at the time of grading, shipping, and unloading by the buyer. The National Lumber Grades Authority (NLGA) is responsible for writing, interpreting and maintaining Canadian lumber grading rules and standards. The Canadian Lumber Standards Accreditation Board (CLSAB) monitors the quality of Canada’s lumber grading and identification system.

Attempts to maintain lumber quality over time have been challenged by historical changes in the timber resources of the United States—from the slow-growing virgin forests common over a century ago to the fast-growing plantations now common in today’s commercial forests. Resulting declines in lumber quality have been of concern to both the lumber industry and consumers and have caused increased use of alternative construction products

Machine stress-rated and machine-evaluated lumber is readily available for end-uses where high strength is critical, such as trusses rafters, laminating stock, I-beams and web joints. Machine grading measures a characteristic such as stiffness or density that correlates with the structural properties of interest, such as bending strength. The result is a more precise understanding of the strength of each piece of lumber than is possible with visually graded lumber, which allows designers to use full-design strength and avoid overbuilding.

In Europe, strength grading of rectangular sawn timber (both softwood and hardwood) is done according to EN-14081 and commonly sorted into classes defined by EN-338. For softwoods the common classes are (in increasing strength) C16, C18, C24 and C30. There are also classes specifically for hardwoods and those in most common use (in increasing strength) are D24, D30, D40, D50, D60 and D70. For these classes, the number refers to the required 5th percentile bending strength in Newtons per square millimetre. There are other strength classes, including T-classes based on tension intended for use in glulam.

Grading rules for African and South American sawn timber have been developed by ATIBT according to the rules of the Sciages Avivés Tropicaux Africains (SATA) and is based on clear cuttings – established by the percentage of the clear surface.